We headed off to Houghton Forest for an explore. Skitters determined much of the direction we walked in initially as she followed her nose, and we followed her. She dragged us through woodland, sometimes along paths, and sometimes through gaps between trees with undergrowth around grabbing at our feet. And causing me to take a tumble. It’s definitely worth another explore some time, maybe in a different season to see how different it feels when it’s a greener place. 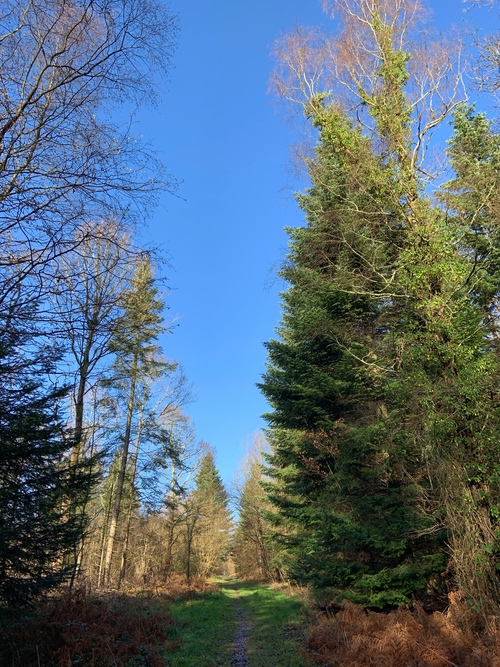 As we weren’t away on our planned holiday (we’re tier four, the Forest of Dean is tier three) I was still interested in finding us new places to explore. So we headed off to Leechpool and Owlbeech Woods near Horsham.

It was busier than we’re used to, but the Owlbeech section, in particular, was a lovely place to be. 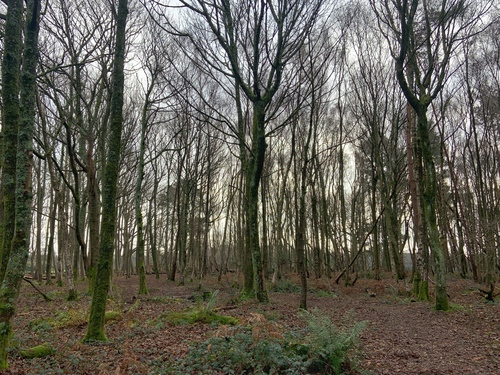 I watched my first Twitter broadcast - Natural Writers Live. I’d learned of its existence via one of the featured writers - Melissa Harrison - who I follow on Twitter via the gorgeous The stubborn light of things podcast. A lovely way to end the year.

And there ends my year of deliberately trying something new. I originally wrote this about the idea:

The intention, as it has evolved over the past few weeks, is to broaden my horizons, to widen my perspective, to take in new ideas, and experiences. Be they large or small.

Well, it’s fair to say that most have been smaller than I thought they’d be, and I still have a couple of vouchers for things that I’m yet to try - glass fusing and printing - once it feels safe to do so.

I’m some ways it’s been useful to have this focus during a pandemic. It has made me choose new options where possible - even if a lot of them do seem to have been baking related.

I’ve learned to make flatbreads, and added to my collection of cookie and biscuit recipes. I’ve found a few new places to walk with Richard and Skitters. I’ve joined the Woodland Trust to support them and thank them for providing one of my new favourite places. I’ve watched several interesting online theatre shows. Some of these things I might have done without the project, but it has certainly made me deliberately choose them more and to try new things.