I’ve been dabbling in making some of my own skincare since last year, often using recipes from this book that a friend bought me for my birthday last year. Another, related, birthday gift was a voucher for the Boo Cottage Botanicals Natural Skincare Workshop: Balms, Bombs and Body Butters. After a lot of checking the dates for the course against diaries we (my friend Jo) and I finally got to do the course on Sunday morning. It was a delightful course with options and choices. I stuck to my “Try Something New” intention and made three items that I haven’t made before - lip balms, bath truffles and body butter. I also made sure to use oils I hadn’t used before, added some colour to a couple of items, and used wax to make lip balms. None of which I’ve tried before. We got to leave with the recipe sheet so I can give their body lotion bar recipe a try at some future point and see how it compares to mine. A great workshop run by lovely, gentle, supportive people. 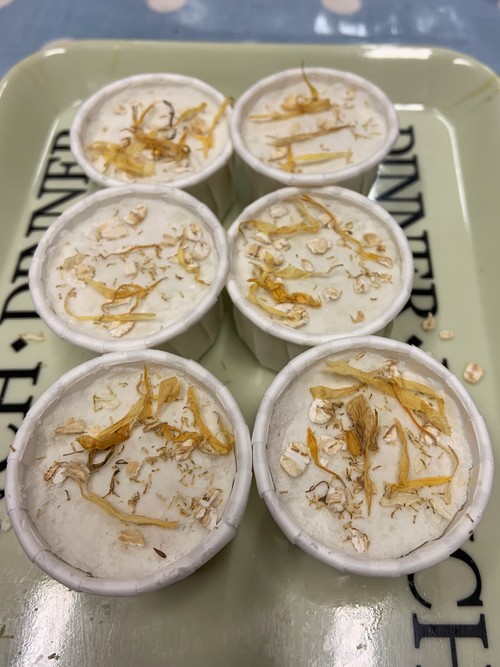 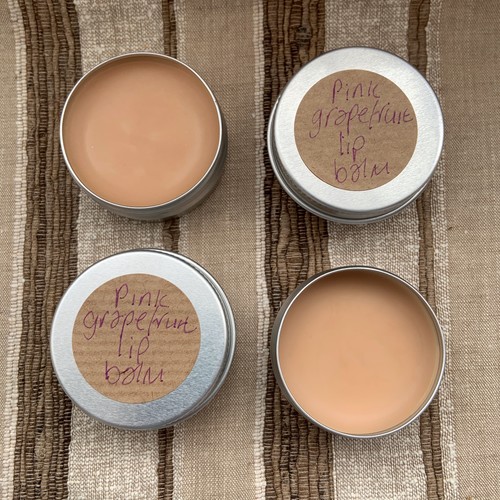 During the drive home, we listened to Dr Rangan Chatterjee’s excellent interview with John McAvoy after hearing it mentioned on the gorgeous Fortunately podcast. We then listened to the next episode as well and, as a direct consequence, Dr Rangan Chatterjee’s new book is making its way to me at the moment. It sounds like it fits in well with my “Try something new” project and might be an excellent companion to The Art of Noticing.

Monday evening found me at The Farm Tavern in Hove discussing the book Trumpet with a group of people I’ve never met before. I joined a book club. I joined this book club because it specialises in shorter books - 200 pages or less in general - and because it meets in a pub. Both of these mean it doesn’t feel so intimidating. I mainly read for pleasure, and I didn’t, and don’t, want to alter that. The group were welcoming, maybe a dozen of us, discussing the themes, what we’d got out of it, what it left us wondering. I enjoyed it, it wasn’t too intellectual and highfalutin, and it made me consider rereading the book. Somebody mentioned that the book has been dramatised and is on Radio 4 this week, so I’ve chosen to listen to that rather than rereading. I’ve ordered a copy of next month’s book, and it’ll be interesting to see if my reading style changes now I know what to expect from the book group.

When we left the workshop on Sunday, the body butter was still cooling. There had been no time to whip it. I had stored it upstairs in the spare room and was surprised by how much it moved. I’d expected something more solid. 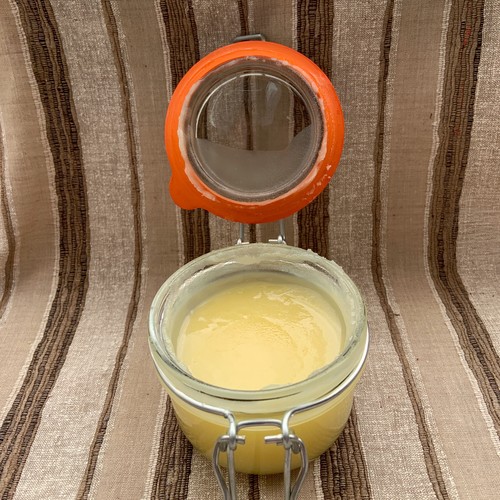 This meant it poured into a bowl really easily and started off looking something like custard. 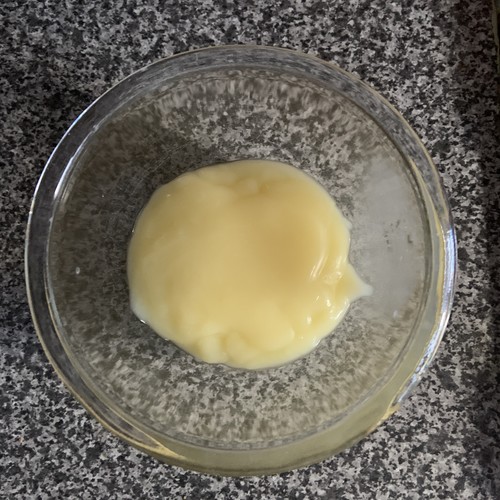 I hand whipped it with a fork for a while, but my arms starting aching before any textural or colour changes happened. So I got my hand-mixer out of the cupboard and used that. My body butter transformed to a much paler colour, and a lighter, frothier texture. Beautiful. 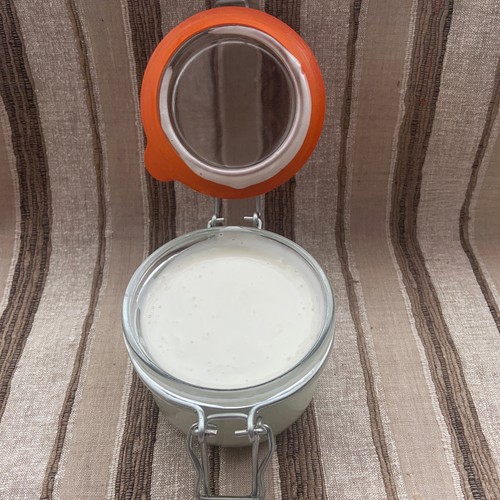 I’m always a bit intimidated by the end stage of a project. It feels like the point at which it could all go wrong, and I’ll have wasted my efforts and materials. It is good to acknowledge this, and then to do it anyway. In this case, the final stage was well worthwhile. It made a vast, and delightful, difference to the body butter (which I’m now keeping in the fridge to allow it to retain its mousselike consistency).

The Art Fund sent me an email the other day mentioning that the Radical Women exhibition at Pallant House Gallery is finishing soon. They had earlier highlighted this exhibition with an interview by Juliet Stevenson, so I felt that maybe I should go and check it out. So I did. 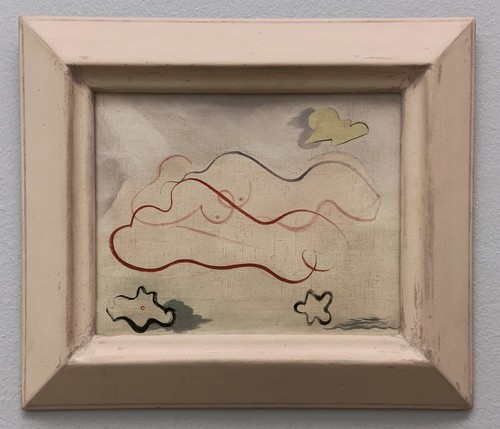 I fell out of that exhibition and straight into Jann Haworth: Close Up, which was a bit of a jarring context switch but I absolutely loved the Spare and Strange section. This was her curation of work by other female artists. One piece in particular - Lux Aeterna I by Ana Maria Pacheco - I found to be incredibly moving. I stopped for quite a while with that piece. I chatted with another gallery visitor about it before moving on again.

I’ve visited Pallant House Gallery once before, for a Pop Art exhibition. On that occasion, we focused on that exhibition and didn’t explore further. On this visit, I made a point of going into the original building as well. I enjoyed the contrast in setting between the two buildings and how different the art felt. I liked Prunella Clough’s work, primarily because of her

interest in spaces and objects that are typically neglected from artistic representation. Disuse and desertion would feature in Clough’s work, as would the environment and objects of labour.

I’ve mentioned before that I have a fondness for disused or repurposed, buildings, so some of these pieces were particularly attractive to me.

The 1st of the month is when I try and do some reflection of the month behind, and some planning for the month in front. I also write up things like my three-word reviews. As I looked at them this month, I realised that I’ve written up the exhibitions in more detail as part of this series of blog posts. And so, as of now, I won’t do three-word reviews for things I’ve covered in more detail elsewhere. The idea behind the ‘three-word reviews’ was to remind me of things I’ve seen. These ‘Try Something New’ blog posts are currently doing that in much greater detail.

A couple of weeks ago I heard a song on the radio I liked. We have 6 Music playing most days, and there are often some tunes played on frequent rotation. This time it was a track by The Big Moon. I looked them up on Spotify, gave the album a listen, and liked what I heard. On that same page on Spotify, I saw that they’re supporting Bombay Bicycle Club on their tour at the moment and that they were due to play in Brighton of 1st February. So, after making Richard give them a listen to make sure he didn’t hate their sound, I booked some tickets. This is the first time I’ve booked tickets to a gig because I wanted to see the support act! The gig was at the Brighton Centre, which isn’t my favourite venue, and as they were the second support act, they played to maybe a third to a half-capacity crowd. But they were lovely and seemed to really be enjoying themselves. I hope to see them play again soon.