It's been a while since I've posted anything I've made, a combination of larger ongoing projects and projects that I can't share yet as the recipients haven't had them yet. This falls in to the latter category so this is a delayed post.

A while ago I spotted this idea and had been looking for an opportunity to do something similar. A friend of mine has a birthday coming up and as she has been a craft inspiration for me, I thought that she might appreciate something similar. So, that's just what I've done.

In this case I've made use of some nylon cord I bought a while ago and used brown as warp and green as weft.  I didn't do it as tight as the sample as I thought it would be a bit too dense and I liked the more netted affect. 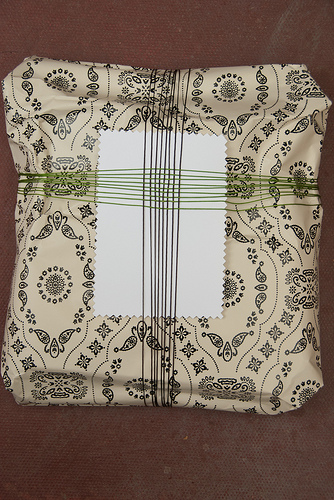 It took a little while to do, and wasn't helped by the fact that my warp unthreaded, but I'm quite pleased with it and will probably do it again sometime as it is just a little bit different.