On Monday I attended the first of the UK Tech Days DevDays events happening in London this week. The event was the UK launch event for Visual Studio 2010.

After a problem with overrunning engineering works on the Brighton to London route, we arrived in time for the keynote, and just caught the end of 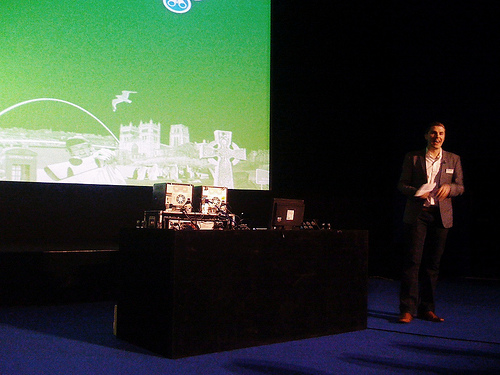 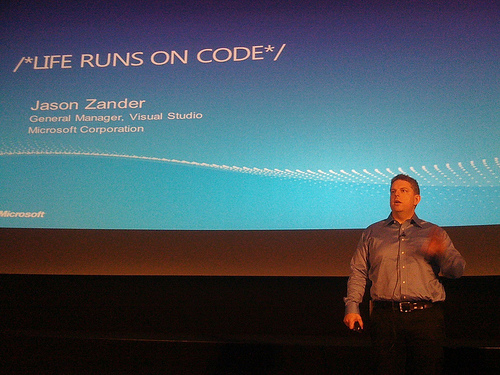 The keynote was an overview of what the rest of the day would cover, giving insights into the new areas for Visual Studio. The highlights for me were:

During the tea break I was interviewed by Sara from Microsoft about my feedback on the day so far before heading back in for:

Session 2 - Windows development with VS2010 with Matt Nunn 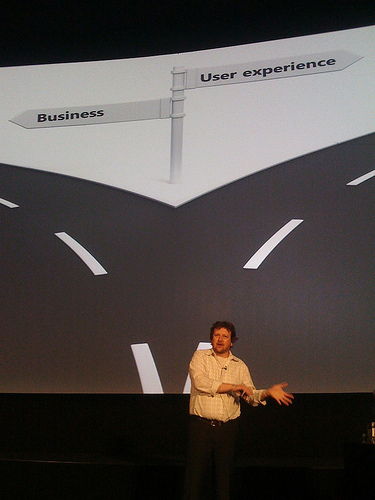 Quite a lot of this presentation was covering rich user experiences via Silverlight 4 on the desktop (or "out of browser" as it was referred to by Matt, meaning that it can interact with files etc on the local desktop. Also mentioned was the use of Windows 7 look and feel in a native code environment. The highlight for me though, and the most relevant to my current project, was the bit about parallelism. The demo made it look pretty simple to implement, making use of Parallel LINQ and the simple looking .AsParallel() call (example).

Next up was lunchtime and a lovely burger at GBK on Fulham Broadway before: 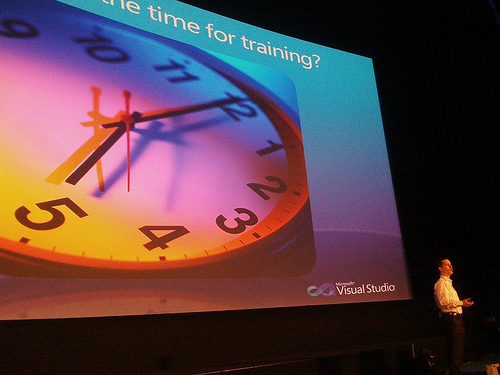 This session started with some good news, TFS being included with the MSDN license, ASP.NET 4 being a bit more security aware (requests checked for potential cross site script attacks etc). Quite a few of the things being demo'd seemed to have been around for a while, I guess I'd forgotten that ASP.NET MVC hadn't previously been included as part of Visual Studio but had been a separate download - it felt a bit like old news though. 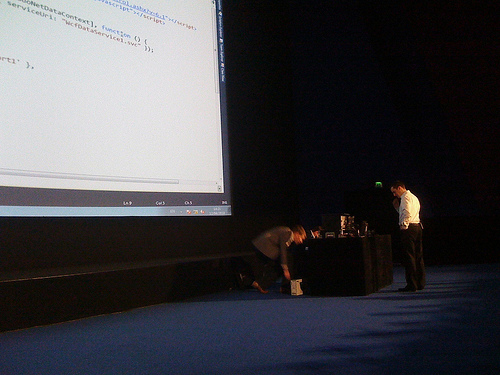 Unfortunately, before the demos from the Web part were over, Richard discovered he had a lack of internet connection (despite everyone in the audience consuming the provided wifi) which meant that the ajax enabled demos failed, which was everything beyond the basics (and how many times do I need to see a grid view control being used).  This also impacted the cloud computing section, an area I'd been interested to find out more about. Somehow, demoing the cloud using just a desktop lost its magic for me, and I didn't really feel I gained much from this session. However, it was good to find out that not all of the solution needs to be cloud based, meaning that the web farm could be in the cloud, whilst the database remains in-house, or vice versa.

Another quick tea break before: 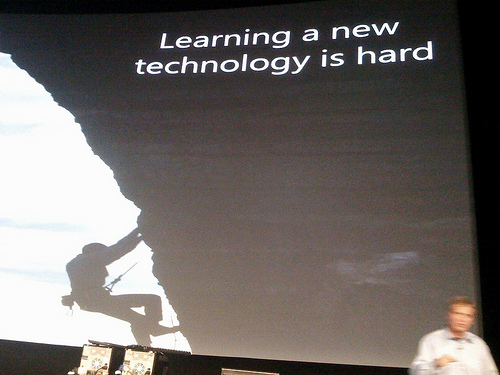 First the disclaimer, I know nothing about SharePoint, I've never really used it, so a lot of the "functionality x has improved" and "you can do y now" meant nothing to me, but the general consensus via twitter seemed to be that these were good things.

The statistic that there are 100 million licenses for SharePoint is pretty impressive, but I can't help wondering how that compares to other tools, a number alone means little without a comparitor. This session, for me, was the weakest of the day (but as I said above, I have no real knowledge or interest in SharePoint at the moment), and it overran.

No more tea breaks, straight on with a quick:

Sponsored Video slot for the Intel Parallel studio which integrates into Visual Studio 2010. This seemed to have some good features for checking for locks and waits etc and may be worth an investigation.

Then on to the final session of the day: 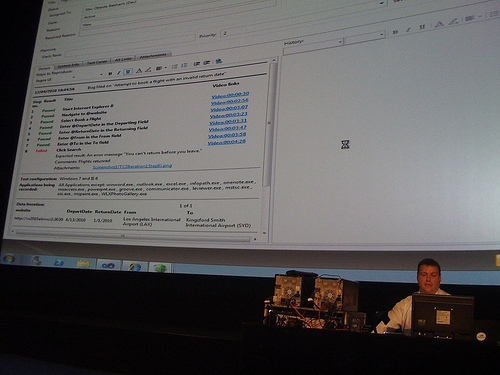 The Test Manager toolset was mentioned, and demo'd briefly in the keynote, and this session went in to the product in a bit more depth, and I class it as one of the highlights of the day for me - I didn't know anything about this tool before the launch day.

The idea is that it is "Like a DVR for developers", so whist QA are busy testing, their actions get recorded in a video, and in a trace (I was pleased to hear that Intellitrace copes with threads too) all to help the developer reproduce and fix the issue. It seemed to be as simple as opening a debug session, using the intellitrace data and stepping through the code until the issue happens, then moving forward or backward as necessary to identify the bug. One thing that slightly concerned me in the demo was that there seemed to be a disconnect between the debug activity and the code fixing as the source file then had to be opened and fixed. I guess this is to cope with versioning differences between QA code and development code, but I was just somewhat concerned that a fix could be applied to the wrong place.

Once the code fix has been applied, then the original action recording made when the QA was testing (and finding the issue), can be used to test the bug fix. With the addition of assertions, this action recording can then become an automated regression test (a Coded UI Test). It strikes me that this might be a good alternative to Selenium, except that it doesn't currently support the breadth of browsers, but the fact that it could refer back to the original test case and integrate into the test plan may outweigh that disadvantage, especially if third party add-ons can be sourced.

So, all in all a mixed bag of sessions, some excellent, some disappointing, but overall the day met my expectations of giving me an overview into what's new and giving me some areas to go and find out more about, either via the hands-on-labs, which I've long been a fan of, or simply by downloading and trying them out.  Thanks Microsoft.

The sessions were all recorded, and the videos, and the presentations etc should be available at the UKTechDays site.  In the meantime, the twitter tag for the event is UKTechDays, and there seems to be a reasonable amount of discussion going on there.