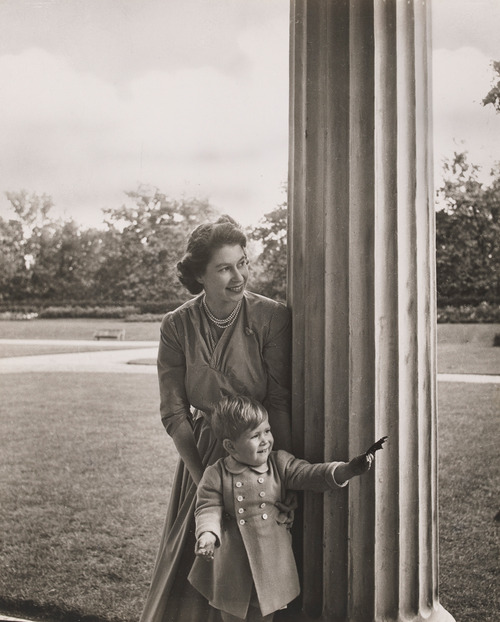 A couple of weeks ago I paid a visit to the National Portrait Gallery and whilst I was there found a small panel showing some of Cecil Beaton's photographs of the Queen, and I was completely taken aback by them, the naturalness of them but also the theatricalness of them.

When I returned home and looked it up, I realised that I'd missed the V&A's exhibition but that they'd produced an accompanying book. Which I ordered.

Last weekend I devoured it. The portraits are marvellous. The majority of them look incredibly natural, and not forced or as incredibly formal as many others depicting the Royal Family. I am particularly taken with the one shown above, showing the Queen and Prince Charles, as it looks like it could be of any mother and son, and I think that is what I like about them, the accessibility of them. Obviously, there are several with crowns and regal paraphernalia, but there are also ones which are just family pictures, not unlike ones I have in my archive too (only nowhere near as well taken sadly!)