A whole heap of lessons learnt this time, both how tos and what I like.

I bought a "little loom" from Becka Rahn via Etsy and love the idea behind it - one single piece of fibre glass out of which the loom, beater, needles/shed is made. It was just a bit too small for me - I should have read the dimensions clearer, they're listed clear enough. 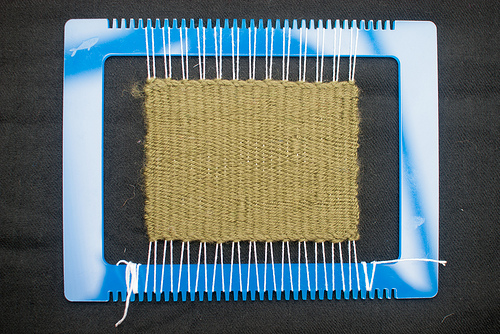 The good: I used the hemstitching technique to finish off the weaving, and I'm really pleased with how that looks.

The bad: I decided to use the "leave the ends sticking out of the weft and sew them in later" approach, which I just don't like as much as the "double weft a small area" approach. Now it might be that I could make it better if I tried hard enough, but the part where the ends are is very visible.

The major fail: removing it from the loom. The instructions say to use a crochet hook to hook the weft off the loom teeth. I tried this, but my weft was tightly wound and there was no give in it, so the weft broke. And in breaking, one of the weft threads got pulled out of the weaving entirely. (Visible at the right hand edge of the photo below where there is only one thread instead of two). I then cut the rest off with scissors, which made me glad that I'd stopped quite early rather than weaving to fill the available space. 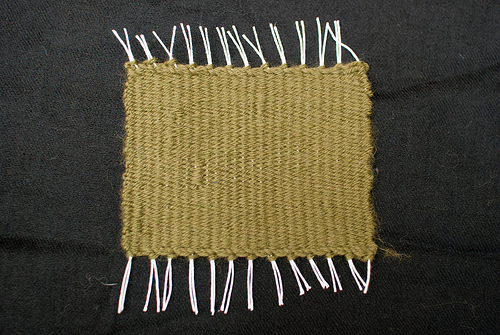 Onwards an upwards, lots to be learnt from this particular fail so it's all good.