A friend and I went to the January edition of The Painting Pottery Cafe’s evening workshop. The intention of the evening was to make a soup bowl and a garnish bowl. I ended up making a soup bowl, and two small pots. One of them was made by rolling the clay out and shaping it into a mould. The other two were made on a pottery wheel. I was pretty nervous about that bit. I’ve never done any clay work before, and the only time I’ve seen beginners use a pottery wheel was on the Generation Game. And that never ended well! I needn’t have worried. The teachers were super helpful and supportive and did what they could to make sure we all succeeded. 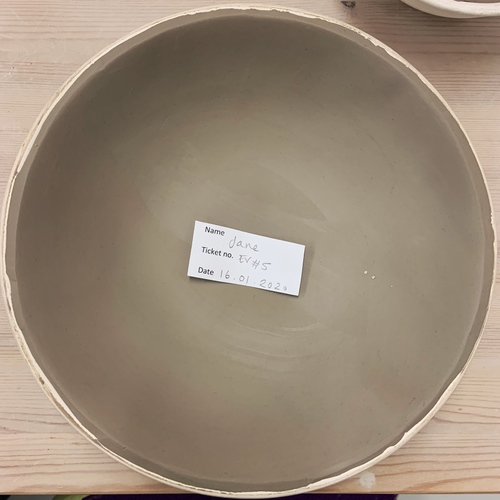 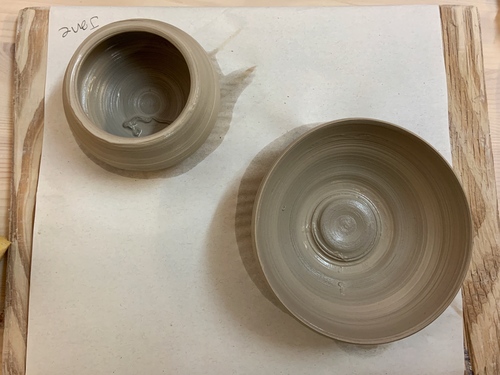 Three weeks later we returned to paint our fired pots. Again something I hadn’t done before. I’m not a natural with a paintbrush, so I’d picked out some simple designs for inspiration. I found the painting quite challenging with being able to see how thick the paint was in various places. With the sea on the soup bowl, I wanted some variation in depth of the colour. But with the inside and outside of the two smaller pots, I was aiming for a solid colour. Which I didn’t achieve fully. I enjoyed playing with the needlepoint paint pots and got a much cleaner dot with those than when I’d tried with a paintbrush. 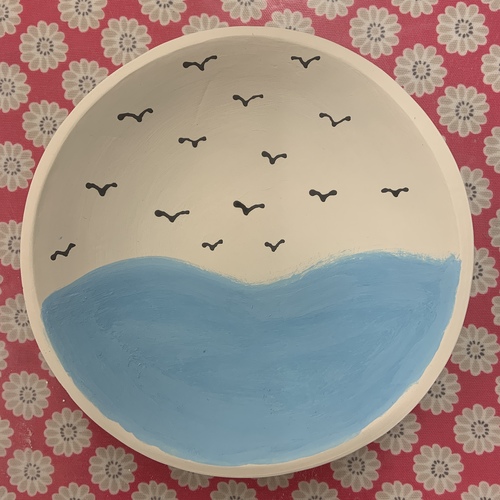 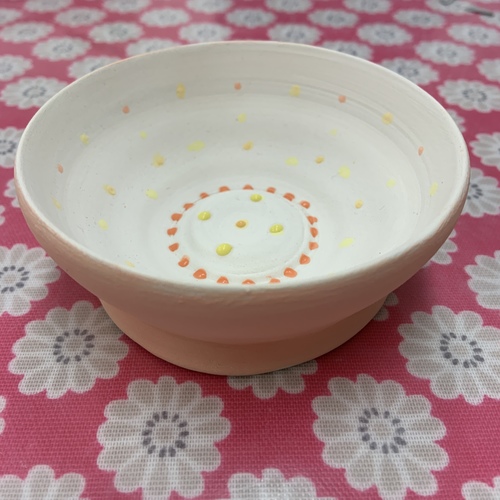 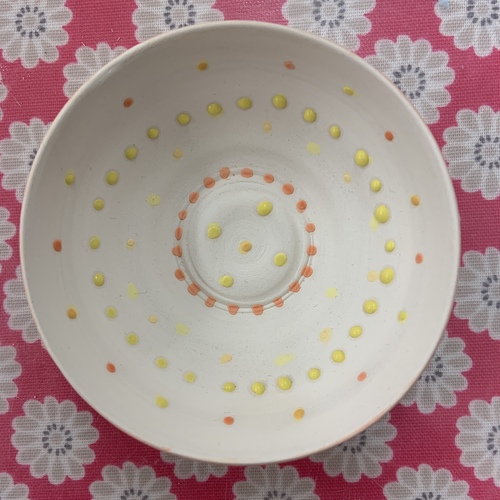 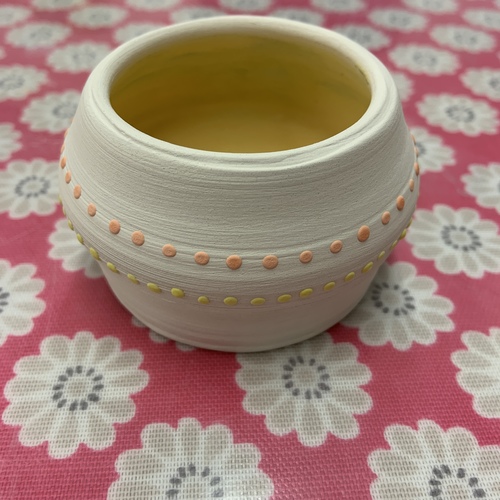 I collected them today. Overall I’m pretty pleased that I took three lumps of clay and made three usable items. The painting could have been tidier. And, in retrospect, I think that decorating three things in one evening was too much for me. But I’m pleased to have given it a try. 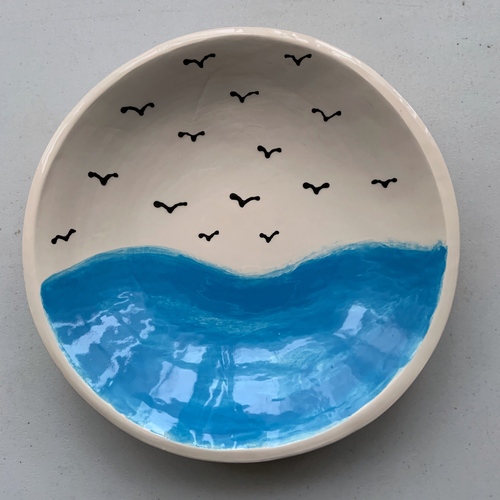 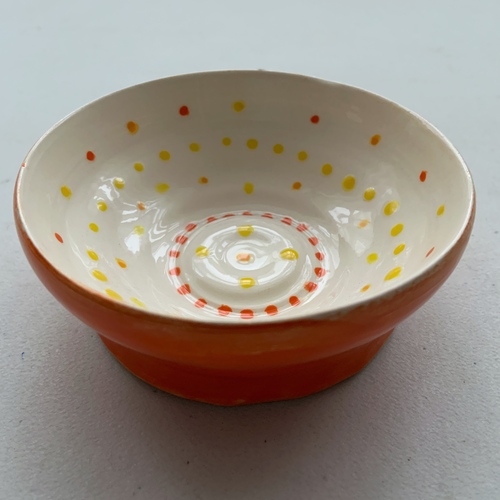 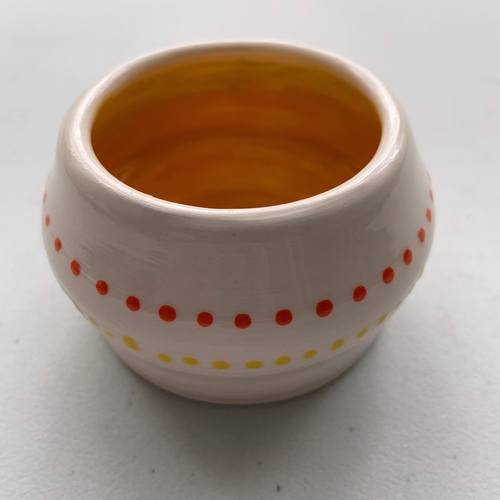 I’m looking forward to having another go at some point so that I can apply my learnings from this attempt.