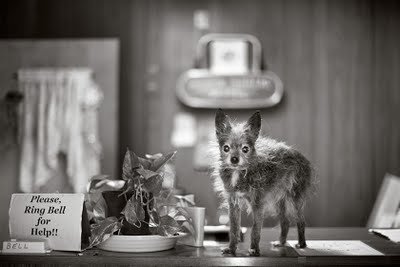 Senior Dogs Across America: Eight years ago, I began traveling the United States to photograph senior dogs. Like the diverse human pageant that Robert Frank captured in his book, The Americans, back in the 1950’s, I found dogs inhabiting all manner of American life -- and with many years inscribed in their beings.

I especially love the photograph I've included above. So much character.