Today is World Toy Camera day, and so I thought it was only right and proper that I took the opportunity to blog a quick review of my Aryca Autosampler. 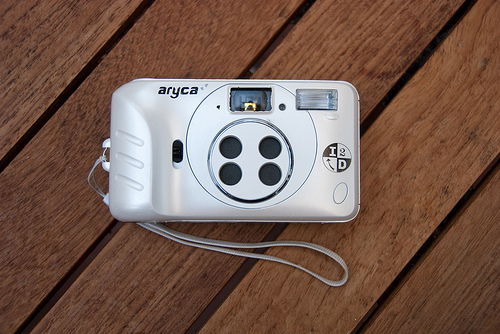 This camera was a Christmas present last year after many years of me hankering after one or other of the mutli-lens cameras. I asked for this one for one main reason, the ability to select which of many different modes to shoot in. This makes it mimic the possibilities of both the lomography pop and the actionsampler.The Aryca Autosampler has 4 lenses, arranged in a 2 x 2 square.
There are 7 different modes to choose from. They are selected using the button with a person on it on the top of the unit. This allows you to select

It has a built in flash with 4 modes (auto, flash-on, flash-off, night scene) - set using the button marked M on the top of the unit
It comes with a removable waterproof casing (although I've haven't tried this yet)
It takes 35mm film
It has no focussing modes/zones, but starts focussing at around 1.5m
It needs 2 AA batteries
It has a focal length of around 30mm
It has a self timer set to around 10 seconds

I use the camera mainly on sequence mode 3 (the slowest) as it works the best (in my experience) for capturing the movement of people and small animals (ok, mostly a small dog). I've found it to work really well for snowboarding, and other action based photography were you have a good idea of where the action is going to happen next. It doesn't get a lot of use, but will definitely be accompanying me on my next snowboard adventure, probably filled with either Kodak Ektar or Koda Portra VC film and is best filed under funSome sample photos: 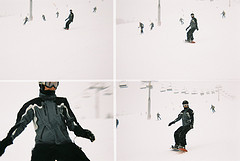 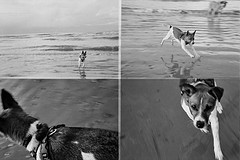 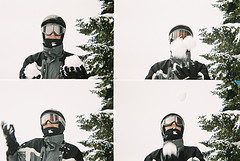 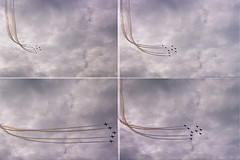