Last week The Living Coast posted a link to the launch of Wilding Waterhall - a rewilding project on the old Waterhall Golf Course. It mentioned that activities were going on to start the project off. I took a look and booked us on to the “Creatures of the Night” event - a bat and moth walk. I got a bat detector for my birthday but hadn’t had an opportunity to use it, so off we went.

Paul, the ranger, and the helpers were all really informative. They helped us identify the bats we could hear and see flying overhead - common pipistrelle, soprano pipistrelle and a noctule. One of the helpers is a voiunteer with Sussex bat group and had been on a rescue mission earlier in the day. She had picked up this little fella from somebody’s home - they thought the cat had brought it in. It was on its way to the bat hospital, but we got to see it before it went. What a cutie! 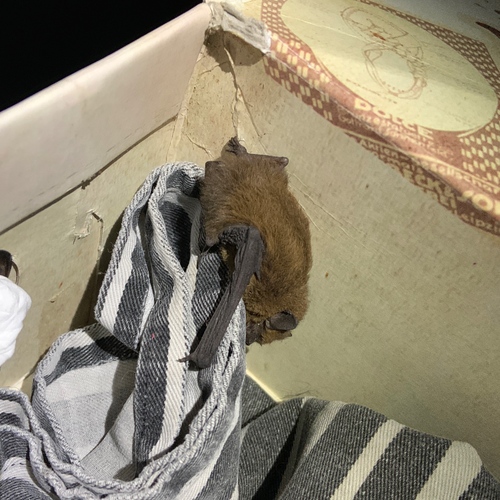