I spent some of Friday at the Beach village for Brighton Marathon volunteering with the “t-shirts and goody-bags” section.

The site build had been delayed due to bad weather, and so the opening had been pushed back as well. We were basically in a bit of a construction site for some of the time. But we spent some of that extra time getting the area set up - moving boxes of t-shirts and hand-sanitiser and preparing dump sacks (for people to put their post-race bags into).

Once the doors opened, we had a bit of a rush for an hour or so before settling down to a decent stream. I was handing out the large t-shirts, and after a while, it became easier to spot the first-timers, and so, as long as there wasn’t a crowd of people behind them, I could chat with them a little more. I heard a few stories about why people were doing the marathon and it was gorgeous to get that little glimpse into their motivation. They’re heroes every one of them. 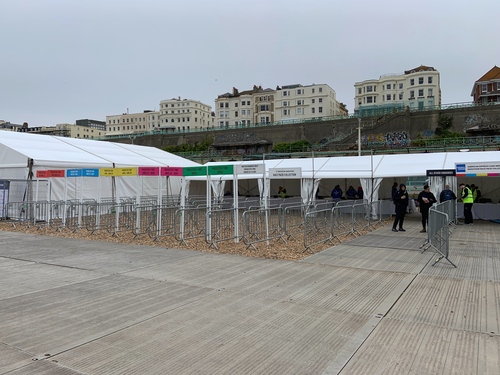 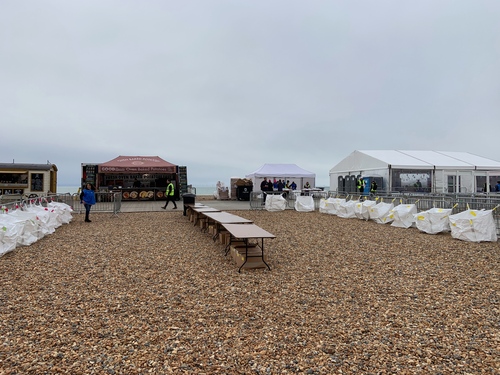