Having made myself a sock for my Mu plug a couple of weeks ago, Richard decided that a sock for his iPhone might be a good idea. So yesterday I made him one. This time I followed the pattern properly - having an internet connection helped a great deal :-) 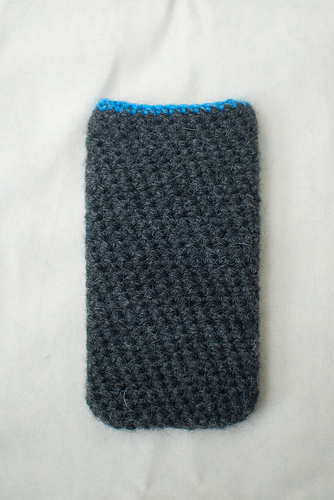 This is a bit of a joint effort, as I kept showing Richard progress, and I was concerned that it was too narrow, and that I should make it wider, but he was insistent that he wanted it to be super-snug. So, the fact it looks like it should be a stitch or two wider was by design. He also got to choose the colours from my stash, and the divide between the colours.

It took me a couple of hours or so. Partially because this is attempt 3. Attempt 2 was wider and not snug enough. Attempt 1 was as a result of me misreading the pattern. 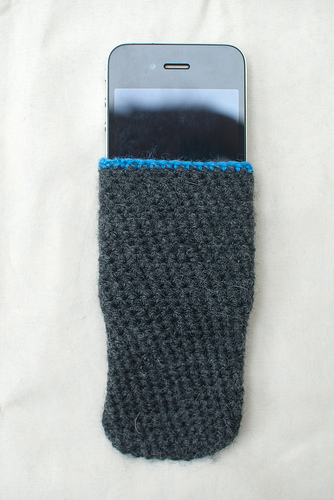