As part of the Madgex appraisal process, we do 360 degree reviews where we each nominate 6 people from the business (peers, line manager, line reports, project managers, etc) to list things we're good at, and things we could better.  As part of the management team, I did this activity last year as well.  I wanted to visualise mine, so I used Tagxedo to produce me the following images.  The first one is from 2009, the second is from this year. 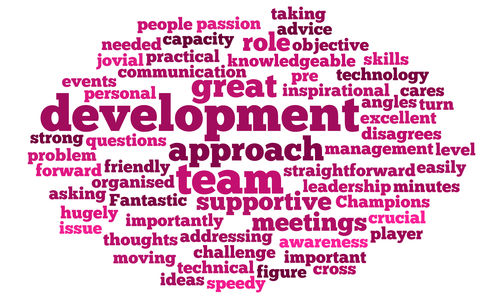 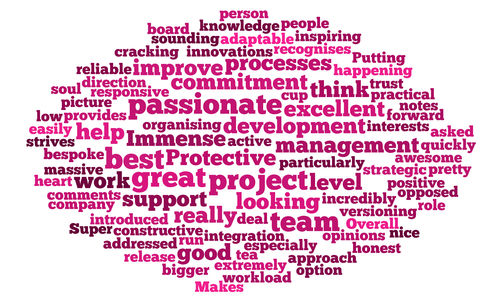 As a tool Tagxedo was really good, as I could load up the text into it, and then use the "Customize Words" option to remove words that weren't really relevant - i.e. Madgex, Jane, and the name of our products.  It also has automatic functionality to remove punctuation, numbers, etc.  This was something I'd considered doing at our latest Madgex hackday until I was swayed by the idea of doing something about dogfriendly drinking establishments...