Another week, another few exhbitions visited (or mainly revisited to be exact).

My yoga class on Monday enabled me to catch a glimpse of the interesting and amusing fringe exhibition Food keeps body and soul together by Astrid Schulz at the Brighton Media Centre.  I liked the description which says

Before an image was taken, the sitters were either asked about their favourite food, or the edible item is telling us something about their pastime…

which then formed the context for the portraits.  Good, fun photography.

On Thursday lunchtime I revisited the Fabrica exhibition The house of the vernacular which is something I mentioned a few weeks ago that I intended to do.  This time I did take my time, and spent quite a while sitting watching the American family snapshots, 1947 to 1974 slide show which was strangely fascinating, especially sitting on a sofa in a makeshift lounge area.  I'm very glad to have revisited and had a 2nd change to appreciate this exhibition.

Yesterday lunchtime I headed back to the old coop, my favourite space for this festival, to look at some of the new fringe exhibitions (there is a rotating system for some of the fringe space). 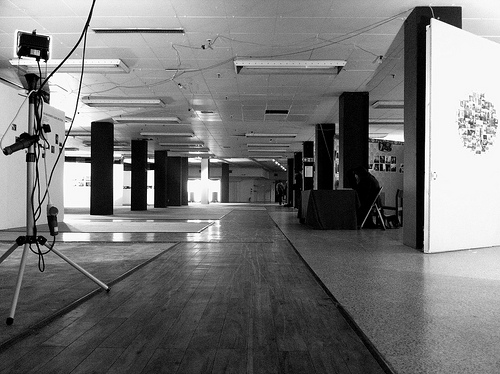 As with last week's review, I'm not going to list everything I saw, just the ones that I enjoyed the most. Starting with Carceri by Martin Pover, a collection of photographs of empty cages at zoos, including some images of the most ridiculously decorated spaces - with decorated columns, a painted landscape and even 2 painted birds (take a close look at the middle image in the photo below) 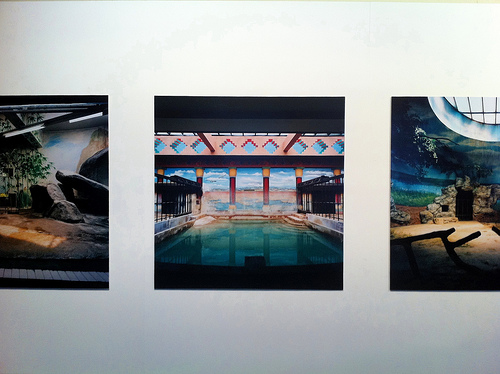 or even a painted sky, despite there being a real skylight.  The photographer, Martin Pover, was putting some finishing touches to the exhibition whilst I was taking a look and he was interested to hear which my favourites were.  When asked I pointed out the middle one above, and the one below, both due to the overdecorated nature of the space and the fact that the decorations are obviously for the human viewer, not the animal inhabitant.  There was a wide contrast between these, and some of the other cages photographed, however, and some much more closely resembled the prison spaces to which zoo cages can often be compared. 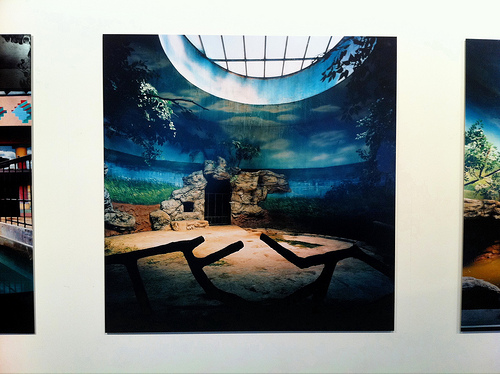 Peacehaven in III parts by Amelia Shepherd showed a great use of the exhibition space, combining three different eras of life in Peacehaven into one "room".  The setting for this is what made it interesting for me as I have little knowledge of the area of Peacehaven. 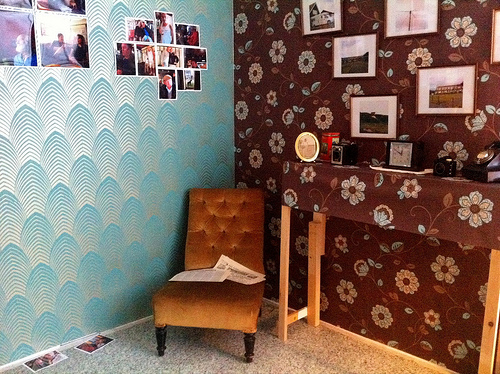 The final exhibition of note for me, again due to its method of displaying the photographs was Haselgrove and Jigsaw by Anna Bush Crews which shows

Works of found photographs, abstracted and 3-D through their techno-materiality, present recognisable glimpses of the past, though only partly revealed 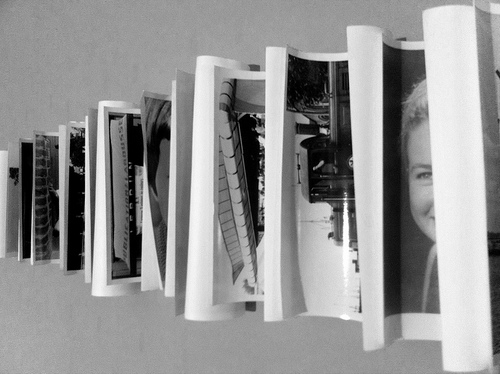 Whilst I was at the coop, I also took a last look at the curated exhibitions too.  I say last look, as everything closes down on the 14th November, and I'm not around next weekend, so realistically this was my last opportunity to explore.  I'm going to miss my Friday lunchtime trips to the old coop, and I really hope that the space can be used for more exhibitions and events.